The U.S. Citizenship and Immigration Services (USCIS) announced that they have reached the statutory maximum approval of 10,000 U-Visas (U-1 Nonimmigrant Status) for the 2015 fiscal year which started on October 1, 2014. There were so many applicants on the waiting list that the 10,000 cap was reached very quickly. Approval of U-Visa applications will not resume until Fiscal year 2016 which begins on October 1, 2015.

Family members who have been included on applications as derivatives do not fall into the 10,000 limit so if the primary U-Visa application has been approved, derivative application can still go forward for approval.

While the 10,000 cap for the 2015 fiscal year has already been reached, you may still submit an application for a U-Visa. USCIS will continue reviewing applications. If found eligible, you will be added to the wait list and there may be options available to you while your application is pending. Eligible applicants and qualifying family members must continue to meet eligibility requirements at the time the U-Visa is issued.

Each year, 10,000 U-Visas are available have suffered substantial physical or mental abuse as a result of having been a victim of criminal activity and who cooperate with law enforcement in the investigation or prosecution of the crime.

Murphy Law Firm can help you with your U Visa application. If you have been a victim of crime and think you may qualify, schedule a consultation to see how we can help.

On November 20, 2014, President Obama announced that he will be taking executive action on immigration due to inaction by congress. The new guidelines presented by President Obama last night will help an estimated $4.9 million people who are presently in the United States with no lawful status. Two areas where individuals will see relief are an expansion of the current Deferred Action for Childhood Arrivals and a new policy of Deferred Action for parents of children who are U.S. Citizens (USC) or Lawful Permanent Residents (LPR).

DACA will no longer have an age cap. Individuals meeting the following criteria will be considered for deferred action if they:

The original age cap disqualified individuals born before June 15, 1981. Now, there is no restriction on age. In addition, DACA and DACA renewals will be granted for a period of three years instead of two effective November 24, 2014. And the entry date to the U.S. has changed from June 15, 2007 to January 1, 2010.

Deferred Action for Parents of U.S. citizen or lawful permanent resident children (DAP)
For individuals with children born in the U.S., or who have become LPRs or USCs, there are new guidelines allowing parents to apply for deferred action. Parents are eligible if they:

Individuals applying for deferred action under either program will have to have a background check and pay the filing fees, currently $465.

These programs will be available to people who are currently detained or are in removal proceedings. Immigration and Customs Enforcement (ICE) and Customs and Border Patrol (CBP) must start identifying people in custody and who have pending removal cases. They may be eligible for administrative closure or termination of their cases. We will be reviewing our client’s cases one by one. We are hopeful that many of our clients currently in removal proceedings will now be eligible for the expanded DACA or the new DAP program announced by the president.

There are several other changes that will impact businesses, foreign investors, researchers, and skilled workers. The naturalization process and process for those seeking waivers will also be affected. 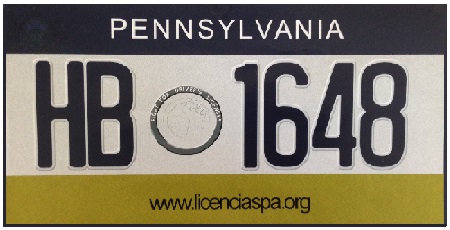 Attorney Murphy discussed effective representation from initial consultation to representation in court and elaborated on the forms of relief available.

Those in attendance were attorneys with limited experience in immigration law, usually one to five years. Many were completely new to immigration but were interested in helping with the mass migration of unaccompanied minors coming across the border from the Central American countries of Guatemala, Honduras, and El Salvador.

Attorney Murphy discussed his experiences representing these children and how to prepare their cases. Concerns for representing the unaccompanied minors include effective communication, counselling, and court preparation. Many of the children have trouble talking about their ordeals because of their age and personal experiences. In addition Spanish is often not their primary language. Many of these children speak indigenous Central American dialects and only learned Spanish in school, if they have even been to school at all. There are over 24 separate Mayan dialects just in Guatemala! Many of these children need psychological counselling due to trauma from witnessing violent crimes including rape, torture, and murder. These children have often been victims of violent crimes themselves.

The presentation was broadcast to audiences in Seattle, San Diego, and New Jersey via WebEx.