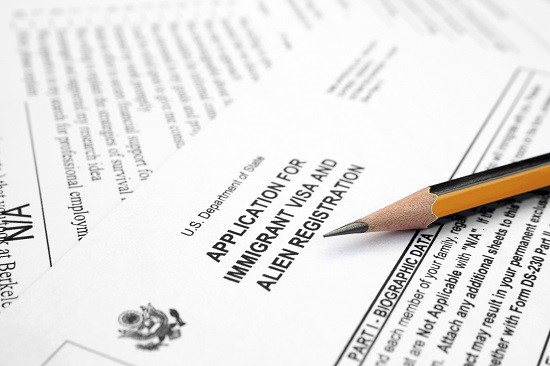 If you have received a notice from USCIS that you must return your 3-year EAD card, you must follow their instructions or you will lose your grant of Deferred Action.

When the President announced his plans for expanding the Deferred Action for Childhood Arrivals (DACA) in November of 2014, USCIS began issuing three year work permits according to the new guidelines. But when the federal court in Texas issued an injunction on February 16, 2015 temporarily stopping the expanded DACA, the government went back to issuing only two year approvals for DACA. But they mistakenly issued about 2,000 work permits good for three years after the injunction. Also, about 500 EAD cards that were returned by the post office as undeliverable, and were resent after the injunction, are considered erroneously issued. Now, USCIS is requiring these recipients of the 3-year EAD cards to return their work permits if it was approved or re-mailed after the injunction.

If you get a letter requesting return of your work permit, you should follow the instructions to return the card. But do not worry, they are not taking away your DACA. You will be sent a 2-year EAD card in its place.

2,000 3-year EADs that were mailed after the injunction

In May 2015, USCIS sent letters to the 3-year EAD recipients issued after February 16, 2015, explaining they need to return their work permits and approval receipts to USCIS. Recipients were provided a postage paid envelope and instructions. USCIS received approximately 1,100 EADs from this first letter.

In the beginning of July, USCIS sent a second letter stating that “USCIS must receive your EAD by 7/17/15. Failure to return the invalid EAD without good cause may affect your deferred action and employment authorization.”

On July 13, 2015, USCIS sent a third letter telling these individuals they must appear at a USCIS field office to return their 3-year EAD, or certify that it has been returned or that it has been lost by July 27, 2015. This notice indicates that the DACA grant will be terminated, and the EAD declared invalid, effective July 31, 2015, if the recipient does not comply. Recipients who have returned their three-year EADs by mail, but who still receive the letter requiring them to report to a USCIS field office must still go to the field office to certify that the three-year EAD has been returned.

USCIS also has a plan for plain-clothed USCIS officers to conduct home visits to retrieve the 3-year EADs.

500 3-Year EADs approved and mailed prior to the injunction, returned to USCIS as undeliverable, and re-mailed after the injunction

On July 14, 2015, USCIS mailed this group of 3-year EAD recipients a letter asking them to return their 3-year EAD card, or to certify that it has been returned or lost, by July 27, 2015. If they fail to comply with the letter, their deferred action and employment authorizations will be terminated “at some future date.”

Individuals whose DACA is terminated because they did not return their cards have no recourse for reinstating DACA at this time.